Congratulations to Method Music for being named the top management company of 2019.

Method Music won the David Enthoven Award, which acknowledges the best management company of 2019 at this year’s A&R Awards. Presented by Music Business Worldwide in association with Abbey Road Studios, Centtrip is proud to have supported the Awards and sponsored the category since year one.

“It was great to support the MBW A&R Awards yet again and see Centtrip clients nominated across all of the categories,” said Freddy Greenish, Head of Music, Film and Entertainment who handed out the award on the night. “A huge congratulations to Jack and Sam from Method Music on collecting the David Enthoven Award – it is thoroughly deserved after another stellar year.”

Method Music encompasses a management, record and publishing company and manages the likes of Sam Smith, Jimmy Napes and Disclosure.

The awards ceremony took place on Tuesday, 5 November in London. 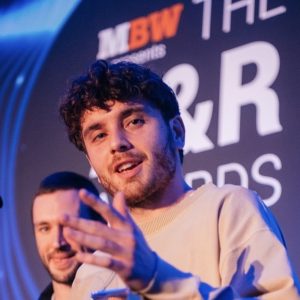 Once again huge congratulations from our whole team at Centtrip to Method Music and other winners and nominees in the A&R Awards 2019.